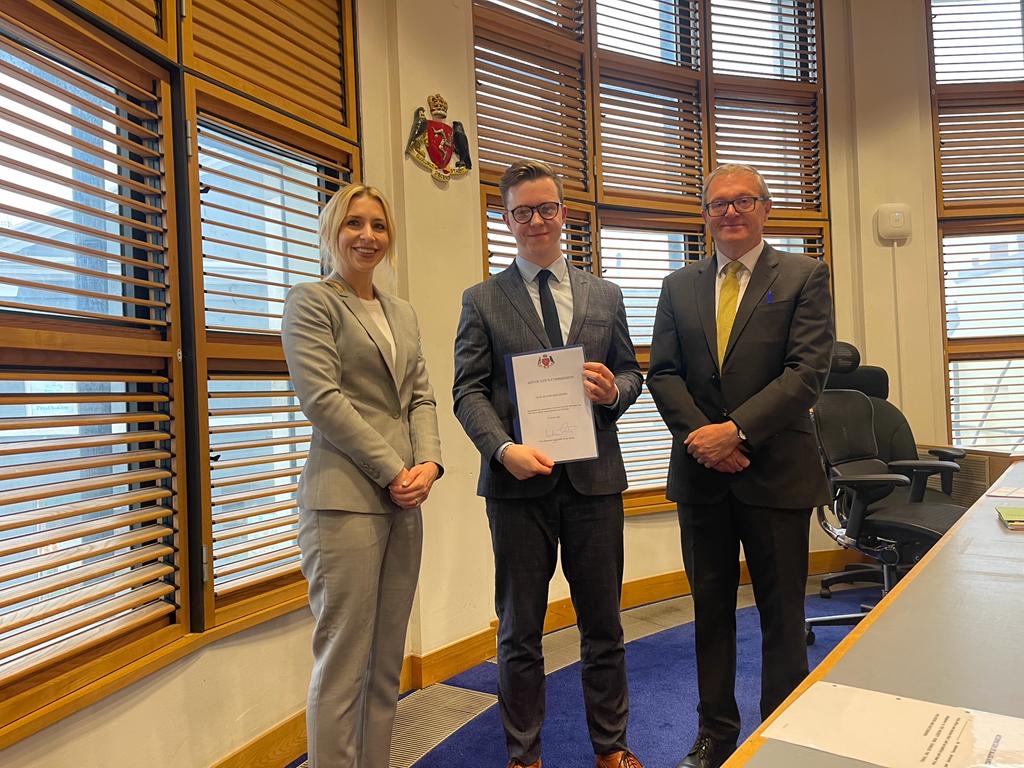 Congratulations to DQ’s Jack Igglesden who has been commissioned as a Manx Advocate by The First Deemster, His Honour Deemster Corlett.

The ceremony was the culmination of years of hard work and commitment for Jack, and was attended by his friends, family and colleagues (old and new).

Jack, who joined DQ in June following two years in the corporate team at Quinn Legal, is currently assisting the litigation team and will shortly move to the corporate and commercial team. Longer-term, he hopes to specialise in cryptocurrency law, cyber security and e-gaming.

Director and Head of Dispute Resolution, Leanne McKeown, who attended the ceremony commented: “We are all very proud of Jack. He has already become an integral part of the DQ team since joining us and we are sure he has a very bright future ahead of him.”