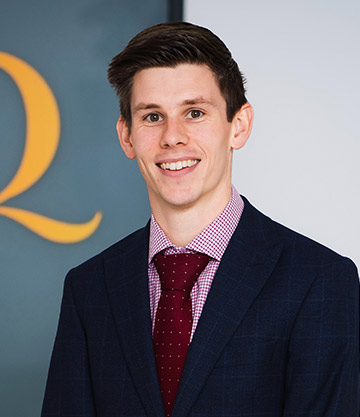 The Isle of Man Financial Services Authority (“IOMFSA”) has today published a much-anticipated suite of four documents which will be valuable to individuals and corporate entities interested in issuing or otherwise being involved with cryptoassets in the Isle of Man.

This article places particular focus upon the Guidance, but there are also some useful pointers in the Frequently Asked Questions and the flowcharts.

The documents can be found here.

The documents are the result of a collaboration between the IOMFSA and Digital Isle of Man. The introductory paragraph of the Guidance states that it is:

“…aimed at those who are considering selling, issuing, managing or administering cryptoassets/tokens… and illustrates which token-related activities, undertaken using Distributed Ledger Technology (‘DLT’), may have regulatory implications.”

What does the Guidance say?

The Guidance clearly states that the IOMFSA’s approach to regulation is technology-neutral. This means that the IOMFSA will not regulate DLT itself, but it will regulate any applications or uses of DLT which come within the regulatory framework. Two examples of such uses are security tokens and electronic money (“e-money”) tokens.

In basic terms, a security token is a digital representation of value which gives the holder of the token rights and obligations similar to those which attach to traditional ‘securities’ such as shares, debentures and units in collective investment schemes. Although there is a legally-defined concept of ‘securities’ in Isle of Man law, from a regulatory perspective the key question is whether the token in question is an ‘investment’.

If a particular token is an investment, the Guidance makes clear that the activities relating to that token will be regulated in exactly the same way as if that token had been issued by other means (such as, for example, a traditional equity share in a company).

Companies which simply issue their own security tokens may fall outside of the regulatory framework, because issuance of a company’s own securities is not a regulated activity in Isle of Man law.

The Guidance very clearly states that a token will only be an e-money token if it meets the following five criteria:

If the token does not meet all of these 5 criteria, and provided it is not a security token, it is very likely that it will not be regulated.

What about activities involving unregulated tokens?

The Isle of Man is committed to applying and maintaining the highest standards of anti-money laundering (“AML”) and countering the financing of terrorism (“CFT”) protocols. As a result, the Designated Businesses (Registration and Oversight) Act 2015 (“DBA”) requires all businesses which engage in a range of activities involving convertible virtual currencies to register with the IOMFSA for the purpose of proper oversight of the business’ activities in this area.

The practical effect of the DBA is that any business which deals with convertible virtual currencies in virtually any manner, even those currencies which are not security tokens or e-money tokens, will be required to register with the IOMFSA under the DBA.

What about token exchanges?

The Frequently Asked Questions document makes clear that a business based in the Isle of Man may operate an exchange for cryptocurrencies such as Bitcoin or Ether without a licence from the IOMFSA, although it would be required to register under the DBA.

In order to operate an exchange dealing in security tokens, a business would have to apply for a crowdfunding platform licence (this is known as a ‘Class 6’ licence), but such a platform would not be authorised to facilitate real-time, continuous or automated trading. This is because the Isle of Man does not presently have the resources to licence or supervise a securities exchange which complies with the International Organization of Securities Commissions (IOSCO) principles.

It is important to highlight that a business which develops platform/exchange software, but which does not actually operate a platform or exchange, would not require a licence from the IOMFSA and nor would it be required to register under the DBA.

Why these documents are welcome

There has historically been some uncertainty amongst professional advisors and businesses as to whether particular activities in relation to security tokens fall within the regulated sector in the Isle of Man. Whilst the Guidance is only guidance, it provides a useful steer as to the IOMFSA’s likely attitude towards different types of activities involving tokens.

What the Isle of Man can offer in this area

Digital Isle of Man, in conjunction with the IOMFSA, has developed a regulatory ‘sandbox’ which, in broad terms, is a light-touch regulatory environment for businesses to test and showcase their proposed activities. This will allow the IOMFSA to better identify any risks posed by the business model and to formulate its regulatory approach.

There have already been a large number of applicants for the sandbox. Its collaborative nature means that prospective applicants have direct access to representatives from Digital Isle of Man and the IOMFSA in order to refine and tailor their business model to achieve an optimum balance between the applicant’s needs and an effective supervisory approach.

How DQ can assist