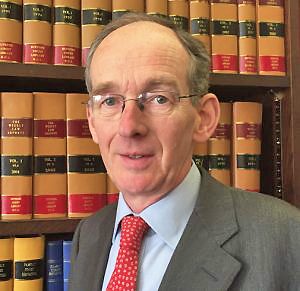 The recent decision of Sir Andrew McFarlane, the President of the England and Wales High Court Family Division, highlights the concept of privacy when dealing with a deceased person’s Will. This decision was specifically in relation to the Will of the late Prince Philip, Duke of Edinburgh, whereby the court agreed that the content of his Will should remain secret from the public for a period of 90 years.

Many people are unaware that this is not the case for the majority. In accordance with the Non-Contentious Probate Rules 1987 in England (and the Probate Rules 1988  in the Isle of Man), if a person has left a Will that has formed the basis of a Grant of Probate, that person’s wishes will be open to inspection from the public. Therefore any person’s Will may be available to view unless it is decided by a court that this should not be the case, usually due to a public interest.

This concept dates back to 1910 when it was decided that the contents of the Will of Prince Francis of Tuck, as a senior member of the Royal Family, would not be shared with the public. This decision has remained in place for all subsequent members of the Royal Family including the late Queen Mother and Princess Margret, Countess of Snowdon. All applications made of this nature have been heard in private and no records of the preceding judges have ever been kept. The reasoning behind such decisions is therefore unobtainable for further judges to rely on when faced with a similar application. For instance, Sir Andrew McFarlane will have made his judgment without the benefit and knowledge of his predecessor’s considerations on the same topic.

McFarlane agreed to keep the content of Prince Philip’s Will for a period of 90 years stating that: “it is necessary to enhance the protection afforded to the private lives of this unique group of individuals, in order to protect the dignity and standing of the public role of the Sovereign and other close members of Her family”, and: “There is no true public interest in the public knowing this wholly private information. The media interest in this respect is commercial. The degree of publicity that publication would likely attract would be very extensive and wholly contrary to the aim of maintaining the dignity of the Sovereign.”

This privacy is not afforded to the general public. Many people are unaware that the contents of their Will and therefore their assets are available for public consumption. However, only Wills that are sent to the Probate Registry will become a matter of public record. In addition, only the Will validly in place at your death will be made public, any previous Wills remain private. If a Grant of Probate is not required, your Will remains private between you and your Executors and often those named in it.

If you do not want to include information which you don’t want to become public, you can draft a Letter of Wishes which should be stored and read alongside your Will. A Letter of Wishes will remain private from anyone other than those who have an interest in it.

For more detailed information in either making a Will, Grants of Probate or Letters of Wishes, please contact DQ’s Trust Team who would be happy to assist.