Mark is an Associate Director in DQ’s Dispute Resolution department.

Mark is an Associate Director in DQ’s Dispute Resolution department, and since qualifying as a Manx Advocate in 2012 Mark has regularly appeared at all levels of the Isle of Man High Court of Justice.

Mark practices a wide range of commercial litigation, but has particular experience in commercial disputes, corporate insolvency, banking litigation, applications for injunctive relief, enforcing foreign judgments and advising on contentious issues of employment, data protection and trust law. Mark has been regularly ranked by the Legal 500 and Chambers & Partners, and is a member of the IFG (previously known as the Fraud Network), which is a handpicked group of specialist fraud lawyers across the world focused on securing injunctions, asset recovery and trust busting remedies in key offshore jurisdictions.

Mark has recently completed a long-distance master’s degree in Corporate and Insolvency Law with Nottingham Law School, earning not only a distinction but also being awarded a prize for the best overall performance in the Law School.

Some notable cases in which Mark has recently acted in include:

• Kerr v Borough of Douglas (Staff of Government Division) – Successfully acting for the Respondent in a tenancy repossession case both in the court of first instance and at appellate level. This is the leading Staff of Government Division judgment in respect of how the Court will consider applications by public authorities to repossess public sector residential properties and how this interacts with the Human Rights Act 2001.

• Re: Kenichi Machida (as trustee in bankruptcy of Shingi Nishida) – Appearing on a without-notice basis in seeking the common law recognition in the Isle of Man of a Japanese Trustee in Bankruptcy.

• Exclusiva General v Vorko Corp & Ots – Acting for the claimant creditor in insolvency proceedings (based upon an alleged debt of £25 million) and appearing in respect of applications for security for costs, requests for further information and the determination of a preliminary issue.

• Baggaley v St. Christopher’s Fellowship (Employment Tribunal) – Acting for the respondent in successfully arguing that there had been no dismissal of the employee for the purposes of the Employment Act 2006.

• Felicity Kniveton v Public Services Commission  – Acting for the Defendant in successfully arguing that the terms and scope of a compromise agreement prohibited a significant claim against it for an alleged pension entitlement in the Isle of Man High Court of Justice.

• Taylor v Hewitt (Employment Tribunal) – Successfully acting for the claimant in a preliminary hearing to determine the employment status of a dentist for the purposes of the Employment Act 2006. This case addresses the persuasiveness of English judicial precedent in the Isle of Man Employment Tribunal.

• Felicity Kniveton v Public Sector Pensions Authority – Acting for the Defendant in successfully defending an appeal on a point of law by the Claimant in relation to a decision by the Deputy Pensions Ombudsman for the Isle of Man.

Mark has been consistently ranked by both the Legal 500 and in Chambers & Partners. Mark was ranked by the Legal 500 as a “Next Generation” lawyer in its 2017, 2018 and 2019 editions and as an “Associate to Watch” in Chambers & Partners UK 2019. Furthermore, the 2020 edition of the Legal 500 listed Mark as a “Next Generation Partner” in employment law, together with also being a “Rising Star” in dispute resolution. In particular, some notable recent quotes include:

• Chambers & Partners UK 2020 – “According to a client, “Mark’s strengths are his tenacity, boundless energy, pragmatism and can-do attitude.”

Mark was also previously awarded the Isle of Man Law Society’s George Johnson Prize for an essay entitled “What effect does legal precedent from other jurisdictions have on the courts in the Isle of Man”, which is available to read here. 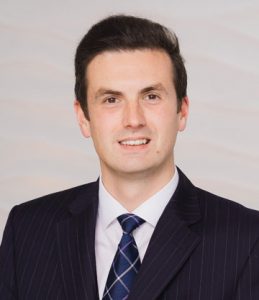 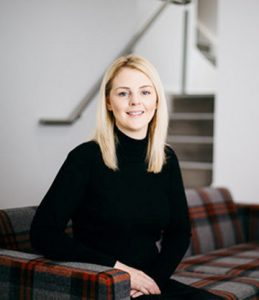