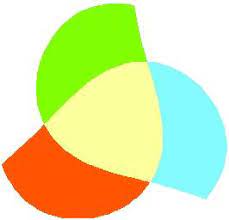 In the recently published decision of the (then) Deputy Pensions Ombudsman in the Isle of Man (the “Ombudsman”) dated 10 December 2018 (find the full determination here), the applicant argued maladministration by the Public Sector Pensions Authority (“PSPA”) in its capacity as manager and administrator of the Isle of Man Government Unified Scheme (“Scheme”) providing an inaccurate retirement quote (difference of about £12,000 in lump sum and £1,472 pa in pension) which she relied on to her detriment, resulting in distress and inconvenience and financial loss.

Under the PSPA’s internal dispute resolution procedure, the PSPA admitted to maladministration and causing distress and convenience, issued an apology and offered £500 in settlement (based on typical awards of the UK pensions ombudsman).

The Ombudsman stated that on the evidence, the applicant’s plans for retirement were severely disrupted, she needed to borrow money from family to pay off her mortgage, sell the house she relied on for rental income to purchase a smaller one and seek employment as she had resigned from her previous job. On this basis the Ombudsman stated that an award of £500 was not adequate and awarded the applicant £1000 for severe distress and inconvenience.

The Ombudsman confirmed that the following needs to be proved to successfully claim financial compensation: (1) negligent misstatement (admitted by the PSPA); (2) reliance on the misstatement; and (3) loss from such reliance.

In calculating applicant’s loss, the Ombudsman referred to UK case law (stating that the Isle of Man courts would follow a similar approach) in terms of which the applicant should be put in the position she would have been in had the negligent misstatement not occurred (i.e. she should not be put in the position, or a better position than, she would have been in had the information been correct, but had there been no misstatement). There is also an obligation to take reasonable steps to mitigate loss, which the Ombudsman was satisfied the applicant did by seeking her old job back and seeking alternative employment. On this basis the Ombudsman directed the PSPA to retrospectively increase the applicant’s pension and lump sum benefits to place her in the position she would have been had she been given the correct retirement quote, and to pay interest on such amounts, amounting to £24,741.56 in addition to the £1000 award for distress and inconvenience.

It should also be noted that the Ombudsman cannot order a scheme to do anything which it does not have the power to do under the scheme documents, however, in this case the Scheme could apply to augment benefits and was directed on this basis. Further, in the Ombudsman’s determination of 8 March 2021 (https://www.gov.im/media/1375973/10-mr-t-v-bral-scheme-trustees-8th-march-2021.pdf), the applicant argued that he had sustained loss due to an inaccurate overstatement of benefits and was entitled to the overstated amount. The Ombudsman stated that an inaccurate overstatement does not result in a right to the overstated benefit, only to be placed in the position one would have been in had the statement not been made. The Ombudsman determined that the apology and offer of £1500 for distress and inconvenience by the trustee was sufficient and that there was no evidence of loss flowing from the inaccurate statement. The applicant also argued that the trustee was estopped from paying the correct benefit, however, this argument was not upheld.

Previous Post Data protection – getting back to basics in 2022