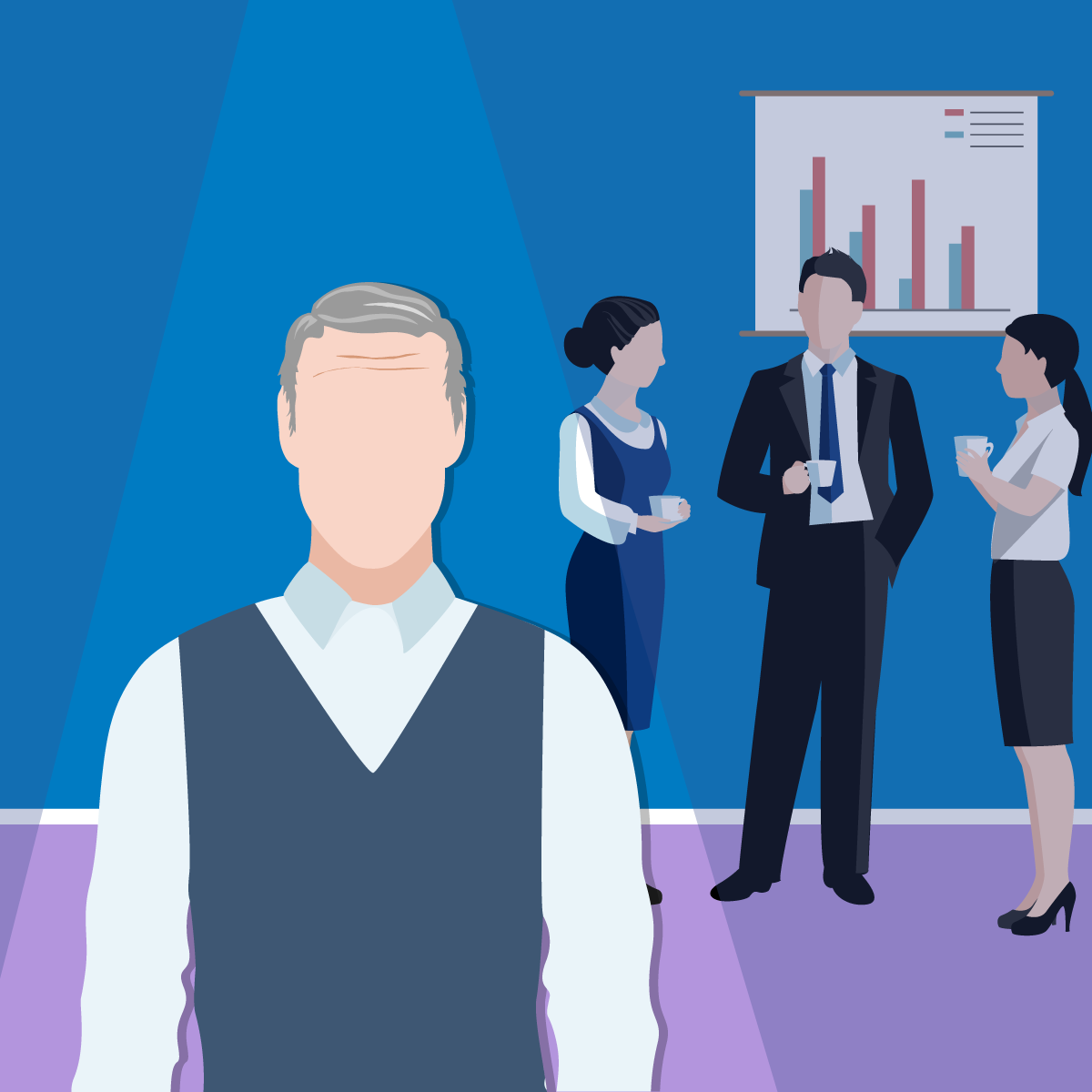 While the introduction of the prohibition of age discrimination has multiple and wide-reaching consequences for the labour market, this article will only deal with the law in respect of compulsory retirement ages.

The Code states that legitimate aims include things like facilitating workforce planning for succession and providing sufficient opportunities for promotion to ensure junior staff retention. Whether a retirement age is a proportionate means of achieving a legitimate aim will depend on the relevant circumstances of the employer but must strike the balance between the discriminatory effect of the retirement age and the employer’s need to achieve the aim.

The two United Kingdom decisions from the UK Employment Tribunal (Tribunal), discussed below, demonstrate the scrutiny an employer’s decision to institute a compulsory retirement age will face should a dispute arise.

As background, Oxford University (the University) does not operate a typical academic promotions structure. Associate Professors (the main professorial grade) and full professors are appointed by applying to posts which become vacant or are newly created. This promotion structure was the foundation from which the University’s Employer Justified Retirement Age Policy (EJRA Policy) was born and the argument that, to achieve the legitimate aims it relied on, it needed to generate vacancies by forced retirement, as well as natural turnover and voluntary retirement.

With this background, we turn to the two judgments.

The Tale of Professor Pitcher[1]

Professor Pitcher (Prof Pitcher) at the age of 67 was a well-respected associate professor in the English Department of the University.  He received notification, in line with the EJRA Policy, that his retirement date would be 30 September 2016 – the end of the academic year preceding his 68th birthday. After receiving the notification, he requested to work beyond the 2016 date. His request was denied by the University’s governing body panel and Prof Pitcher was effectively dismissed upon reaching 30 September 2016.

For the purposes of this analysis, the provisions of the UK Employment Act 2010 mirror those of the EA 2017.

The Tribunal held that the EJRA Policy had legitimate aims. These aims included, amongst others, (i) intergenerational fairness and refreshing the workforce to maintain the University’s position on the international stage; (ii) succession planning; (iii) increasing diversity; and (iv) maintaining staff morale by allowing the use of retirement to manage cuts in public funding.

Having established legitimate aims, the Tribunal turned to the question of proportionality. In this respect, based on the evidence presented by the University, it noted that only a small proportion of posts were vacated each year. Of these posts, between 42 -55% of those vacated at Associate Professor level, over the previous three years, had been vacated by retirement. The University’s evidence was limited to the previous three-year period. Further, that the age of 67 was not arbitrary and had been arrived at following extensive impact assessments pre-implementation and extensive consultation with staff, union and other groups within the University. In fact, the compulsory retirement age was selected by the panel who had engaged in a lengthy consideration process before the policy was introduced. Additionally, the policy included provisions which directed that the policy be kept under review and allowed employees to apply for extensions of their employment which were given genuine consideration.

As such, the judge concluded that Prof Pitcher’s dismissal was fair as it amounted to “some other substantial reason” with the reason being that he did not meet the requirements for an extension of his employment under the policy. The judge noted that Prof Pitcher had been given the opportunity to persuade the EJRA panel to extend his employment both in the application for extension and in his appeal. The conclusion of the judgment was that the provisions of the EJRA were necessary and an appropriate means of achieving the universities aims of building a diverse workforce.

This judgment was, of course, a big win for the University. The University’s EJRA Policy had been tried and tested and Oxford had come out on top!

That was until the case of Ewart v Oxford University[2] was handed down later that year.

The difficulties of an employer navigating the prohibition of age discrimination was brought fully to light in the case of Ewart.

Professor Ewart (Prof Ewart) was also a well-respected associate professor but in the Department of Atomic and Laser Physics at the University. Prof Ewart was due to retire on 30 September 2015 but was granted a two-year fixed term extension by the University due to the needs of the department in respect of his research. During this two-year extension, Prof Ewart made a second application to the EJRA panel to extend his position to September 2020 on a 50% fixed term contract. The basis of this second extension was that five of his eight research projects were subject to unforeseeable delaying circumstances. The second extension was considered in December 2016 and Prof Ewart was told that he was unsuccessful in February 2017. He appealed and the appeal was rejected. Prof Ewart was forced to retire at the end of his first extension on 30 September 2017. He brought complaints of unfair dismissal and direct age discrimination in the Tribunal.

The Tribunal followed the same standard test in considering the claim of age discrimination (as followed in the Pitcher case). It considered the legitimate aims of the University which, in this case, included, amongst others, (i) intergenerational fairness (in the sense of providing opportunities for career progression and adopting new ideas and areas of study); (ii) succession planning (in the sense of knowing when vacancies can be expected to arise); and (iii) increasing diversity. The Tribunal found, once again, that these aims were legitimate.

On proportionality, the Tribunal considered that it was the University who is burdened to justify the EJRA Policy.  The Tribunal relied on the case of Cockram[4] in stating that the University did not need ‘concrete evidence’ to meet that burden, as some propositions may be “so obvious that [they] barely require evidence at all” and that “tribunals have an important role in applying their common sense and their knowledge of human nature”. In other words, for the University to be successful when presented with statistical evidence that the EJRA Policy’s effect on vacancies was marginal or trivial, the University’s evidence should have clearly shown a different opposite outcome. Unfortunately for the University, the Tribunal found that the only concrete supporting evidence for any benefit towards the legitimate aims at all was produced by Prof Ewart, which showed that the EJRA Policy only produced a 2-4% increase in the rate of production of vacancies. Because the University could not provide any clear opposing statistics, the Tribunal concluded that “the increase in the number of vacancies in support of the legitimate aim is trivial in comparison with the discriminatory effect”.

Did the Tribunal have a change of heart towards the EJRA Policy?

The clear difference in the cases is that Prof Ewart sought to undermine the University’s proportionality argument using statistical analysis. The Russel Group Institutions referred to in Prof Ewart’s evidence do not operate the same or similar ERJA policy. By relying on workforce diversity, turnover, and progression statistics from the Russell Group Institutions, however, to challenge the diversity statistics relied on by Oxford, Prof Ewart was able to argue that other institutions could advance similar legitimate aims without needing to operate an ERJA Policy as well as showing that the ERJA Policy would have marginal success comparatively.

Where to from here for the University?

Both cases have been appealed and were scheduled to be heard last year.  We will produce an update upon the handing down of any appeal Judgment.

Important learnings from the Oxford cases for employers:

Previous Post First COVID-19 decision of the Isle of Man Employment and Equality Tribunal – employee succeeds in obtaining redress for unlawful deductions and maximum compensation
Next Post No jab, no job – Can employers require employees to receive a Covid vaccination?