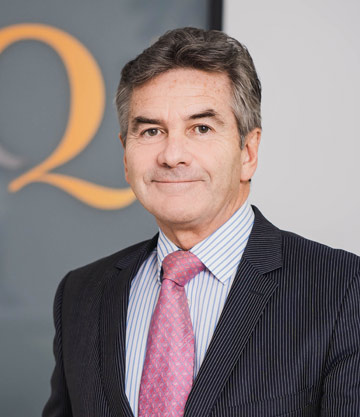 I was fortunate to attend the 14th Private Client Global Elite Trust and Estates Litigation Forum 2020 in Marrakech, Morocco, from 26 to 28 February.  The splendid surroundings of the Four Seasons Hotel provided the venue and 100 delegates from all over the world attended the conference over three days.  After Welcome drinks on the Wednesday evening the conference kicked off with an evening session which considered which exotic assets pose the greatest risk of litigation from a trustees’ perspective.  This was followed by a Welcome dinner, the temptation to stay late being tempered by the prospect of an 8am start the following morning!

Thursday contained a range of plenary sessions such as the impact of human rights on trusts, whether there is such a concept as “substrata” of trusts which might fetter a trustee’s discretion, and a fascinating comparative treatment of trusts on divorce (it seems Italy is the place to get unhitched if your assets are held in trust!).  There were also a number of breakout sessions offering alternative options such as insolvent trusts and navigating the maze of the post Watson v Kea era, beneficiary rights to terminate trusts, cross jurisdictional privilege and national family provision claims.

The highlight of the first day for me, however, was an extensive interview with Lord Falconer of Thoroton QC who was Solicitor General under the Blair government in the 1990’s and became Lord Chancellor in 2003.

The second day of the conference covered such topics as the experiences and fears of trustees embroiled in or trying to avoid international trust litigation, jurisdiction clauses and trust instruments, and a fascinating review of the long running case of Pakistan v Prince Mukarram Jah and others, which started in the 1940’s!  The conference terminated with a quick fire comparison of the court process in Canada, Switzerland, BVI, Gibraltar, USA and Jersey.

The format for the conference was mostly panel sessions which provided a more stimulating alternative to the usual death by PowerPoint presentations.  Notable speakers were far too many to list, but honourable mentions should go to the Co-Chair Dakis Hagen QC, of Serle Court Chambers who represented Tatiana Akhmedova in her divorce from Farkha Akhmedov (she won £453 million!).