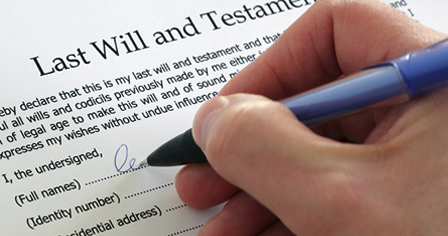 DQ’s Alexander Armstrong and Dawn Jones have recently acted for a beneficiary in contesting the validity of a Last Will and Testament on the basis that the testator, at the time of giving instructions and executing the same, lacked testamentary capacity.

In July 2018, John Kelly gave instructions for, and executed, a document purporting to be his Last Will and Testament. Mr Kelly was in receipt of palliative care at the time. He passed away 3 days after having made his Will.

When an individual gives instructions for, and executes, their Will they must have testamentary capacity. The legal test for this, as restated by the Court in Kelly v Kelly and others, derives from Banks v Goodfellow, and requires that the testator must:

If any one of the limbs is not met, then a document purporting to be a Will may be declared invalid. In such case, a prior Will made when the testator had capacity, will be valid; or it will be determined that the individual died without having made a Will and the laws on intestacy will apply.

Given the death of Mr Kelly, it was necessary for the parties to obtain as much evidence from those who interacted him in the days surrounding the making of his Will. DQ also obtained a post-mortem testamentary capacity assessment from leading old age psychiatrist Dr Hugh Series.

Whilst the law in this area can be straightforward, matters revolve mainly around evidence and what documentation exists from the material time. However, when one party asserts that a deceased had capacity and another asserts they did not, the burden of proving a claim can shift.

In determining the case, His Honour Deemster Needham held that, on the evidence before him, it could not be shown, on the balance of probabilities, that Mr Kelly did have testamentary capacity at the time. As such, His Honour concluded that the Will must be invalid.

Cases which challenge a Will are often emotionally charged, involving a breakdown in family relations. It is key to ensure accurate documentation is obtained from the material time and, if required, appropriate expert input received at an early stage.

DQ’s leading dispute resolution team are currently instructed in a number of cases where capacity is being challenged, and are well placed to advise on any Will dispute. For more information please contact Rose Kinrade.