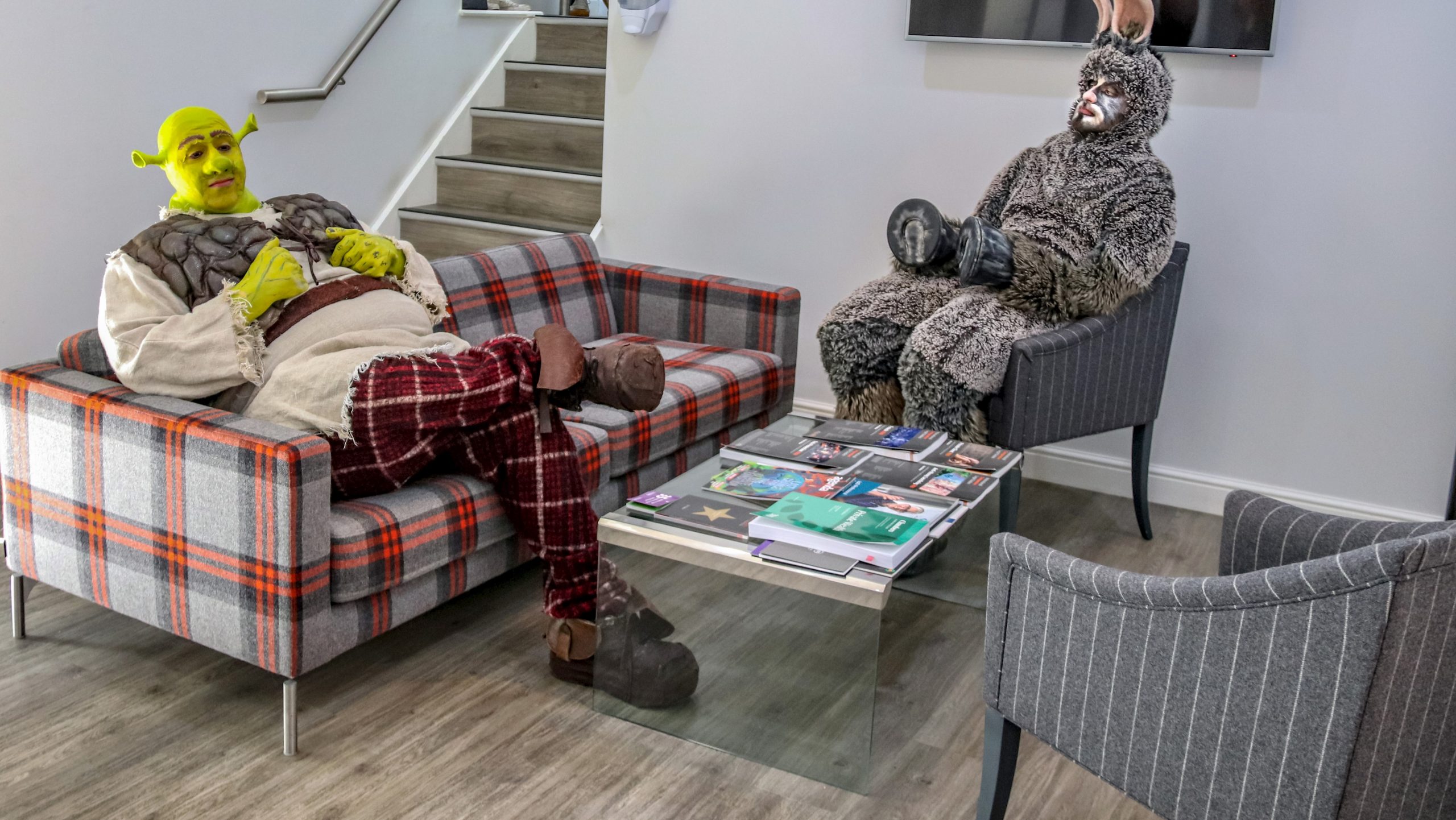 For the 12th successive year, the leading Island law firm was principal sponsor of Douglas Choral Union’s (DCU) annual production with its latest, Shrek the Musical, the first to be staged at the Gaiety Theatre since the Island came out of lockdown.

It proved a popular hit with Islanders as more than 4,000 theatre goers flocked to watch the week-long DCU show.

As well as being the DCU’s major supporter for more than a decade, DQ contributes to the group’s annual bursary awarded to young Island residents as they pursue further education in drama, dance, music and theatre.

It also nominated Hospice Isle of Man for a post-show bucket collection on the final night of the run with more than £600 raised for the charity.

DQ is a keen supporter of the local community, sponsoring a range of artistic and sporting teams, events and projects in the Isle of Man.

That support will continue next month as sponsor of the innovative Roald Dahl family show, The Twits, which comes to the Gaiety from 11th – 13th June, courtesy of Hello Little People.

DQ’s Managing Director Mark Dougherty said “After a challenging year in which the arts and theatre world have been impacted, Shrek – based on the Oscar-winning DreamWorks Animation film – provided welcome relief as well as an enjoyable experience for participants and the Manx public alike.”

2021 is a significant milestone for the DCU, marking the 125th anniversary of the society, during which time it has produced more than 100 shows.

Previous Post Foundations: An Introduction
Next Post Legal Update: Complying with an Order for Disclosure without Tipping Off