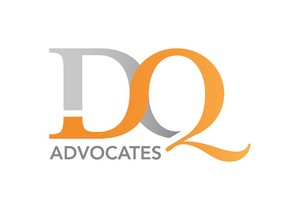 DQ has achieved top tier status in three key business sectors, while no fewer than seven individual lawyers have been ranked for excellence in their practice areas in the Legal 500 2020 rankings.

The rankings – which are considered an important third-party reference guide to the legal sector across the country – awarded a total of 20 commendations to the company and staff across its directory.

DQ Managing Director Mark Dougherty said: ‘We are naturally thrilled to be recognised in this way, ensuring DQ remains at the forefront of legal firms in the Isle of Man.

‘For the breadth and depth of our legal services to be acknowledged like this reinforces our ability to offer first-class offerings across a whole host of practice areas.

‘It shows that we are delivering on client experience and, above all, are a dedicated, respected and talented team which is regularly going above and beyond.’

The Legal 500 research of all law firms means it is trusted and used by fellow legal practitioners such as General Counsel (GC) of many of the top FTSE 100 and FTSE 250 companies, journalists, students and the wider business community.

Annemarie Hughes, Head of Trusts, Pensions and Private Clients at DQ Advocates, was named as a leading individual and listed in the Legal 500 Hall of Fame which highlights individuals who have received constant praise by their clients for continued excellence and are deemed to be at the pinnacle of the profession.

The Private Client, Trusts and Tax team which she heads up was also promoted to the highest level, tier one, while Senior Associate Tara Cubbon was named as a ‘rising star’ for her work in that area.

Annemarie was described in testimonials as a ‘leader in this field’ with both her and Tara often receiving referrals from UK firms to represent trustees in complex cross-border disputes.

Annemarie was also named as a leading individual for her work in insurance and pensions and there was tier one recognition for DQs employment work where Head of Employment Services, director Leanne McKeown, was ranked as a ‘leading individual’ in the top band for her work with an enviable list of clients, including a major bank and The British Medical Association.

DQ gained a third ‘top tier’ status for its shipping, aviation and space work where Mark Dougherty was named as a ‘leading individual’ and Associate Director Donna Matthews listed as a ‘rising star’.

Also receiving top level individual endorsements were Mark in the corporate and commercial category, with Donna and colleague Adam Killip, a senior associate, named as rising stars, and in dispute resolution where Director Giles Hill was ranked as a ‘leading individual’ and Tara as a ‘rising star’.

In banking and finance, DQ was praised for handling a ‘diverse range of work’ with Adam again classed as a ‘rising star’ and the practice praised its work advising a leading bank, as well as its role in an historical listing for a client on the International Stock Exchange (TISE).

Mark added: ‘I’ve said it before but it’s true that our team is our greatest asset so well done to all the staff for achieving this position and a big thank you for your hard work. To be approved in this way, both as a law firm and for individual advocate listings, really is a ringing endorsement.’

Previous Post Who wants to be a Billionaire?!
Next Post New AML/CFT guidance for the life assurance sector