Home Dispute Resolution Costs in the Small Claims Court – what is recoverable? 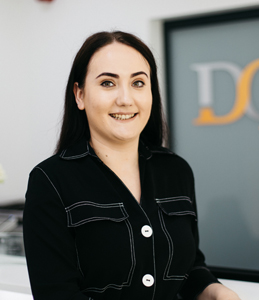 The recent decision in Bellamy and Parmenter v A C Electrical Limited has again highlighted the limited costs available in the Small Claims Court and the wide discretion of the Court in respect of the recovery of costs.

In Bellamy Her Honour Deemster Roberts highlighted that there is no mandatory “no costs” rule in the Small Claims Court under the Rules of the High Court of Justice 2009 (the Rules), but that Rule 11.21 does contain certain restrictions. In this regard, Rule 11.21 states that the Court in a small claims case may not make a costs order to pay the other part’s costs, save for the following:

In Bellamy both sides were seeking reimbursement of legal costs due to allegations that the other party had acted “unreasonably”. In this regard, Deemster Roberts highlighted that unreasonable behaviour is not defined within the Rules, but that the previous case of RPS Consultants Ltd v Hexagon Enterprises Ltd set out a non-exhaustive list with what may constitute “unreasonable behaviour” including:

Having carefully considered the evidence Deemster Roberts held that whilst there was some substance to criticisms raised by the parties these were nevertheless insufficient for either party to prove that the other had acted unreasonably. In particular, Deemster Roberts commented that various offers which were made were not of such significance that they should form part of unreasonable behaviour by either party and exercised her discretion in making no order as to costs for either party.

The decision in Bellamy is helpful in illustrating the limited costs which are recoverable in the Small Claims Court and the relatively high barrier which must be met in trying to obtain a costs order by alleging unreasonable costs by the other party. This approach encourages parties in litigation in the Small Claims Court to focus efforts on trying to negotiate and settle cases, since if protracted and expensive litigation is pursued then ordinarily costs are likely to be largely unrecoverable.