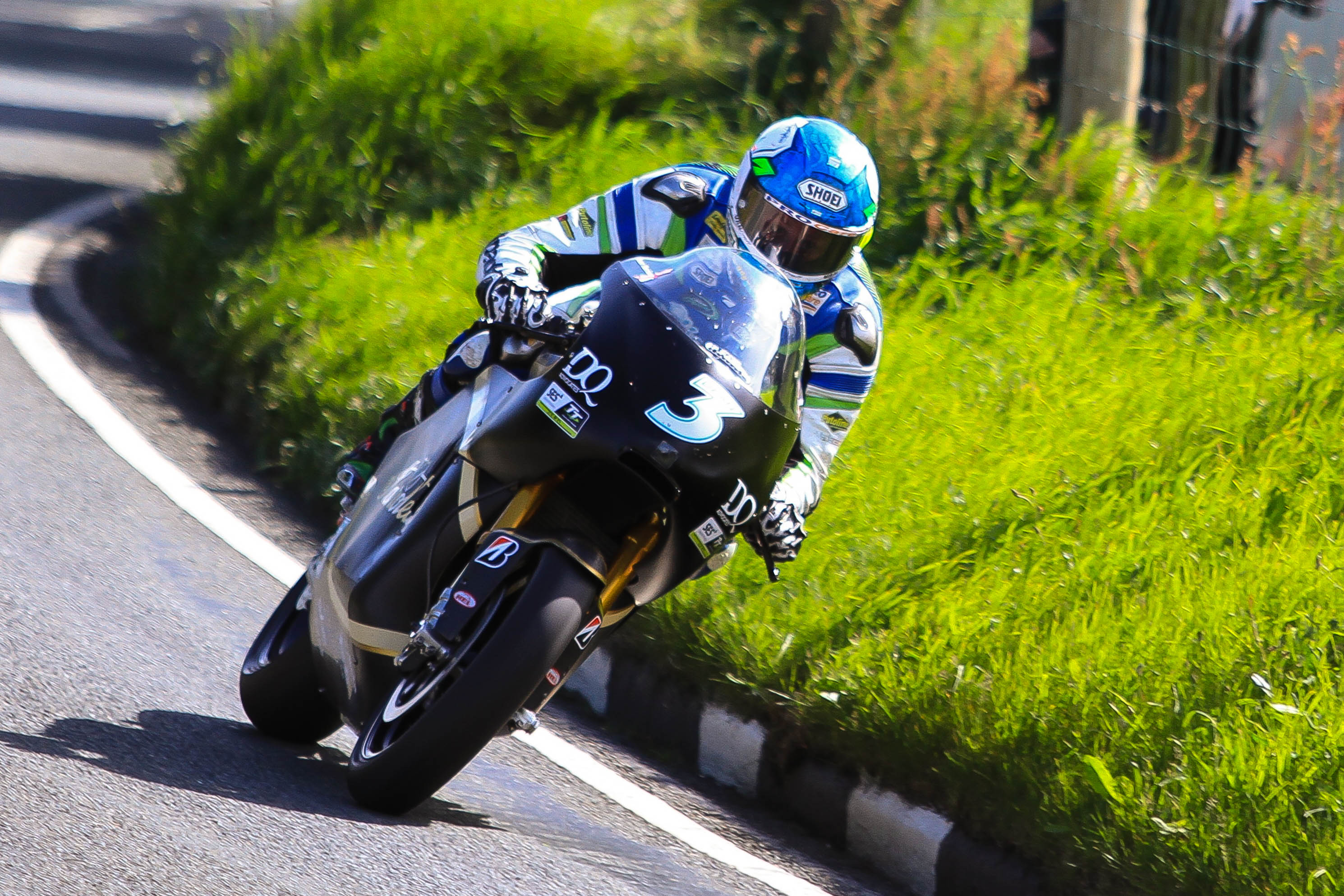 It has been a challenging TT for all the teams this year – the adverse weather had an impact on the ability of all the bikes to get out on the circuit during practice, and the constant changes to the race schedule of course had an effect on physical and mental race preparation.  For the smaller teams, such as Team Saroléa, the cancellation of practice sessions is felt particularly acutely, as every lap of practice during race fortnight is crucial for race preparations.

Kitted out in their Team Saroléa shirts, the DQ team was out in force on Wednesday afternoon – the scheduled start of the TT Zero race.  Sadly however the race did not go ahead on Wednesday following a fatal crash that occurred during qualifying for the Senior TT.  The Zero race was then timetabled to take place on Thursday, but due to the inclement weather was further re-scheduled and it eventually got underway on Friday afternoon.

With the office closed for the bank holiday (luckily Senior Race day is a public holiday here in the Isle of Man!), Team DQ was once again out in full support.  The track was still slightly damp, making it challenging for all the teams.  Bruce Anstey on the Mugen Shinden had been hoping for the first all- electric 120mph average lap but acknowledged that the “conditions weren’t right”, only managing  117.7 mph on the day.  Anstey finished with a decisive win from Guy Martin on the second Mugen bike, although it was Martin that clocked the fastest time through the speed trap on the Sulby Straight with 162.9mph.

Dean Harrison, our fantastic rider on the Saroléa SP7 (who went on to claim a podium place in the Senior TT) held third place for much of the race, but across the line it was Mathison on the Nottingham University machine that took the final podium place.

Photo shows Dean Harrison on the SP7 – on the start line before the Zero race with Saroléa's Co-owner and team manager Torsten Robbens.

Whilst Saroléa was inevitably disappointed not to finish on the podium, the team was pleased to improve their best lap-time from 106.570 to 108.064.

Like most people living and working on the Isle of Man, everyone at DQ hugely looks forward to TT fortnight, when the island comes alive with visiting bikers and a festival atmosphere abounds as the Bushey’s Beer Tent goes up and life revolves, for a couple of weeks at least, around ever changing race schedules, road closures, riders and racing.  The decision to sponsor Team Saroléa after meeting them at the TT four years ago marked the beginning of a whole new relationship with the Isle of Man’s premier racing festival.  Our involvement with Torsten, Bjorn and the rest of the team brings with it a new understanding of the passion, commitment, sacrifice and hard work that entering a team in the TT means.    We really appreciate now that work actually starts on the bike the moment the race is over – understanding what worked, what didn’t, where improvements could be made, how the bike could go (safely) faster – and that work continues right up to the start of the Zero TT race the next year.   We appreciate that the incredible engineering talent, eye for detail and impeccable aesthetic taste within this team is not the whole story.  A passion for machines and racing that goes back to childhood, an incredible work ethic, a team spirit and a unwavering belief in their own ability and this incredible SP7 machine that is constantly evolving is what makes this team so special.  Being in the paddock amongst this team gives us all a glimpse of racing life from the inside and whatever the result, all of us at Team DQ come away with renewed respect for what is involved.

So much of what we see within Team Saroléa reflects our own visions and values.  Hard work, commitment, talent and passion are all attributes that we nurture here at DQ.  We still have some way to go in terms of aesthetics – we don’t all look that good with a beard – but we all hope that if we hang around the team enough, some of that hipster coolness will rub off!

Our heartfelt congratulations go to our partners at Team Saroléa, we are proud to be associated with these inspirational individuals on this journey.  Planning is already underway for TT 2018, when hopefully the weather will be a little kinder and Team Saroléa will grab that cherished podium position.

Previous Post Equality : Gender Reassignment
Next Post Sporting Achievements abound for DQ stars as Adam claims third in the Parish and Kym heads off to Gotland