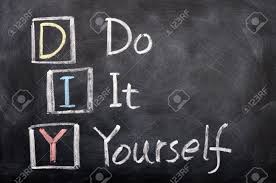 Getting a divorce is a legal process which dissolves a marriage. Some people choose to deal with their own divorce without seeking any legal advice. Whilst this may be appropriate in some circumstances, parties should ensure that they are fully aware of their rights and the effect dissolving the marriage has on them moving forward.

Where there are very few assets of a marriage, it may be more suitable to take on the administrative task and procedure of divorce alone. However, where there are any assets of value and/or minor children of the marriage, it is essential that any financial claims are not left outstanding. Once the Final Order for Divorce has been issued by the court, it can be very difficult to resolve any financial disputes which have not been dealt with in advance. Therefore it may be the case that taking the cheaper and easier option now ends up in financial complications at a later stage between the parties.

The English case of Wyatt v Vince [2016] EWHC 1368 (Fam) demonstrated the dangers of failing to deal with the finances of a marriage where an ex-wife was given permission by the Supreme Court to bring a financial remedy claim against her ex-husband 22 years after their divorce.

Mr Vince and Ms Wyatt were married in December 1981. By that time they had a young baby together and the wife had a two year old daughter from an earlier relationship. By the mid-1980s the couple had separated. The parties eventually divorced and the Decree Absolute was pronounced in October 1992. Following the parties' divorce, Mr Vince made his fortune and founded a very successful green energy supplier and Mrs Wyatt made a relatively modest income. As a result of his success, Mrs Wyatt made a claim for financial relief against her ex-husband.

As a significant amount of time had passed, the Court file had been mislaid and there was no clear evidence showing that the parties had dealt with their financial claims at the time of divorce.  This meant that neither party’s financial claims against the other had been formally dismissed by way of a Final Order.

This case highlights the importance of obtaining a financial consent order at the conclusion of divorce proceedings. Many people, principally those who have little or no assets or income, are reluctant to incur the expense of further paperwork which they might consider unnecessary. Many people feel that they can trust an informal agreement reached with an ex-spouse that they will go their separate ways from the marriage and make no further claim against the other. This case shows us the potential risk of an ex-spouse making an application for financial remedy many years after the end of the marriage.

In order to understand your position, it is always best to seek legal advice, at least initially. DQ’s family team can provide you with advice on separation and divorce. Our services range from advising and “hand holding” through the administrative process of divorce to dealing with high net worth clients and child contact issues. Contact Rose Kinrade on Rose@dq.im for more information on how we can assist.