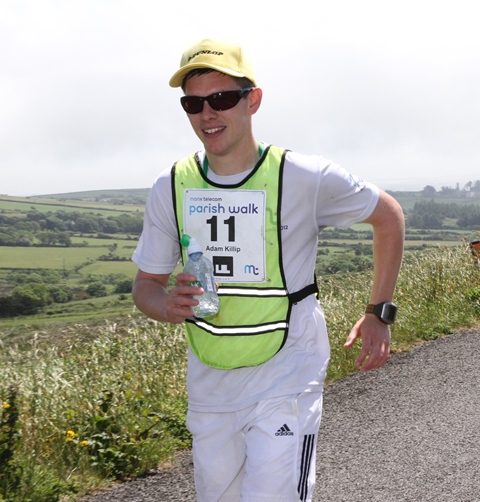 This is a fantastic achievement for Adam and the whole team at DQ are incredibly proud of him. Many of the team were out on the course cheering him on and for those of us that have previously taken part in or closely followed this magnificent community event, we are in awe of this result.

Kym Hicklin, DQ’s accounts assistant, has been part of the Island Ladies football team for many years and she heads off with the team to Gotland today (23 June) for what will be her fourth Island Games and the first since giving birth to her son, Finlo (pictured with Kym below).   After missing out on the podium places in Jersey two years ago (without Kym, who was pregnant at the time), the team will be looking to be amongst the medals this time around, hoping to build on the successes in Aland (2009) where they bagged a bronze and Isle of Wight in 2011 where they were silver medallists.

Everyone at DQ wishes Kym and the team the best of luck in Gotland, where the campaign starts this Sunday (June 25th),  and we all look forward to seeing that medal on your return!