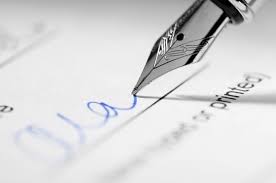 In Patel v Mirza, P had transferred money to M to enable M to bet on the price of shares based on insider information. For a reason outside both parties’ control the bet was not placed. P sought the return of his money but M argued that, because of the illegality, P could not succeed.

Lord Toulson (at paragraph 101 of the judgment) constructed a “trio of considerations” to be applied:

‘one cannot judge whether allowing a claim which is in some way tainted by illegality would be contrary to the public interest, because it would be harmful to the integrity of the legal system without

(a) considering the underlying purpose of the prohibition which has been transgressed,
(b) considering conversely any other relevant public policies which may be rendered ineffective or less effective by denial of the claim, and
(c) keeping in mind the possibility of overkill unless the law is applied with a due sense of proportionality.

We are, after all, in the area of public policy. That trio of necessary considerations can be found in the case law.’

Lord Kerr (at paragraph 124 of the judgment) stated that consideration of the ‘underlying purpose of the illegality’ meant consideration of ‘the reasons that a claimant’s conduct should operate to bar him or her from a remedy which would otherwise be available.’

The court further held that consideration of ‘proportionality’ included but was not limited to consideration of a “range of factors” including the seriousness of the conduct, its centrality to the contract, whether the conduct was intentional and whether there was marked disparity in the parties’ respective culpability.

Lord Neuberger commented that application of the “trio of considerations” was a structured approach, not akin to discretion and was the best guidance that could be offered by the court in such an uncertain area of law.

All 9 of the Supreme Court judges held that P was entitled to have his money returned but the 3 minority judges favoured a more certain approach.

Lord Sumption, agreeing with the minority, considered that the “range of factors” test is “far too vague and potentially far too wide”. In his view, whilst the contract was illegal, restitution was still possible because the contract had not been implemented. The court would not be giving effect to an illegal act; it would simply be restoring the parties to their original position.

Going forward, the relationship between the doctrine of illegality and the proceeds of crime legislation must be considered.  The illegal act in the Patel case was also a crime, however, no profit was made by either party and the status quo prior to the agreement was restored so the interplay between the different laws were not considered.

The Supreme Court’s judgment in Patel v Mirza will have far reaching consequences in contract, property, trust and unjust enrichment claims and only time will tell whether the new more structured approach is, as Lord Neuberger considers, the best guidance there can be in this uncertain area of law.

DQ has a large specialist trust and private client team consisting of three directors, a senior associate, two associates and a trainee. Our specialist team has extensive experience of advising clients in relation to the establishment and structuring of trusts and foundations, estate planning, trust and estate litigation, international tax investigations and TIEA requests. For further information, please contact director and head of department Annemarie Hughes