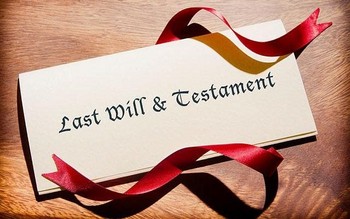 The case of Legg v Burton

In the recent case of Legg v Burton [2017] EWHC 2088 Ch, the High Court held that a married couple had made mutual Wills.

In July 2000, June Clark (“Mrs Clark”) and her husband, Bernard Clark (“Mr Clark”), signed their Wills (the “July 2000 Wills”) each giving their estate to the surviving spouse or, if the spouse did not survive, to their two daughters, Ann and Lynn, in equal shares.

Mr Clark died in May 2001 and Mrs Clark inherited his entire estate. Following Mr Clark’s death, Mrs Clark went on to sign thirteen separate Wills between the period 2004 and 2014. These Wills dramatically reduced the fraction of the estate bequeathed to her daughters. The last Will made by Mrs Clark was signed in December 2014 (the “2014 Will”) and provided for Ann and Lynn to receive legacies of £10,000 and £30,000 with the residue of Mrs Clark’s estate to pass to her grandchildren.

In February 2016 Mrs Clark died and, following her death, Ann and Lynn issued proceedings asserting that the July 2000 Wills were mutual Wills and as such the 2014 Will was invalid. They argued that the estate of Mrs Clark should be held on trust for them in equal shares.

Ann and Lynn asserted that, despite the July 2000 Wills containing no explicit provision preventing future revocation, their parents had agreed orally that neither of them would change their Wills in the future. They argued that this oral agreement constituted the establishment of mutual Wills, rendering all the Wills drafted by Mrs Clark in the following years void.

Once the Judge had established that the mutual Wills could have been established orally, he then considered if Mr Clark and Mrs Clark had verbally agreed that the July 2000 Wills were never to be changed.

Ann testified that, after the mutual Wills were signed, her parents assured her that they had agreed that they were not going to change the Wills under any circumstances. When questioned by Ann on the July 2000 Will’s lack of inclusion of a provision confirming this agreement, Ann stated that the solicitor who drafted the July 2000 Wills assured Mr Clark and Mrs Clark that no such clause was necessary. Whilst appreciating the limitations of relying on the memory of the two daughters, the Judge concluded that Ann and Lynn’s testimony was convincing thanks to its nuanced and detailed nature.

The Court therefore accepted that Mr Clark and Mrs Clark genuinely believed that they had entered into an agreement not to change the July 2000 Wills once drafted.

This decision highlights the fact that mutual Wills can be established orally and a lack of written documentation confirming such agreement does not necessarily allow a surviving spouse to then amend their Will. Nonetheless, the decision should not discourage those who plan on drafting mutual Wills from including a written provision confirming it as such.

If you would like further information or wish to discuss your Will please contact Libby Gordon or any of the members of our private client team.