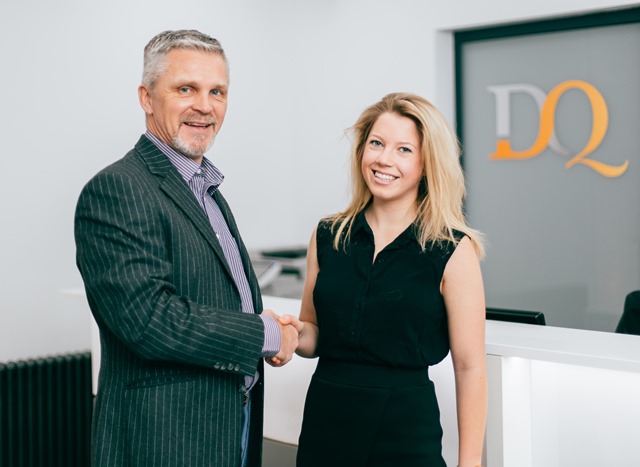 The bursary supports the development of local students pursuing further education in drama, dance, music and theatre.  The Bursary is intended to aid funding for local students planning to study any aspect of theatre at college or university, be it on-stage or off.  The successful recipient is expected to ‘give a bit back’ by sharing their newly acquired skills, experience and knowledge when back on the island by participating in school visits and workshops, thereby helping to ensure that local theatre is kept at the highest standard possible.

This year’s recipient of the DCU Bursary is Michelle Jamieson.  Born on the island and an ex pupil of Castle Rushen High School, Michelle has been involved in the arts on the Isle of Man from a young age. She was named Young Singer of Mann in 2012 and Young Actor of Mann in 2014.  Michelle has been involved in productions with the DCU since 2008 when she played Tessie in Annie and has also appeared with many of the other local societies. Off island, she has been a member of the National Youth Theatre Great Britain since 2014 and has had successes in a variety of music festivals.  In 2016 the Arts Council declared Michelle Isle of Man Arts Ambassador.

In September 2016 Michelle started studying BA Musical Theatre at the world renowned Royal Conservatoire of Scotland, where she achieved one of only 18 coveted places.  The musical theatre course is structured to develop artists and creatives as well as providing training to enable them to successfully audition for major productions.  The DCU bursary has provided Michelle with valued assistance in being able to take up her place in Glasgow, providing the environment to make her ambitious dreams possible.

DCU’s next show is ‘The Producers’, which will be running at The Gaiety from 6 – 20 May this year.    DQ is delighted to once again be the lead sponsor for this production, continuing the seven year association which DQ has had with the DCU.  Based on Mel Brooks’ much loved Academy Award-winning movie, The Producers is a hilarious musical comedy that has taken Broadway and the West End by storm, winning a record-breaking 12 Tony Awards and 3 Olivier Awards.  The Producers will be directed by Tony Finnegan, returning to the Island after directing his multi Emmy award winning production.