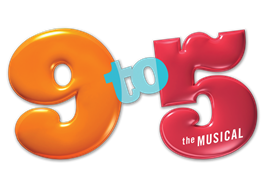 Although a premiere here in the Isle of Man, 9 to 5 the Musical has enjoyed immense theatrical success worldwide, based on the smash hit 1980 movie of the same name, the show’s score featuring original numbers from Dolly Parton is Oscar, Tony® and Grammy Award nominated and includes the iconic hit song ‘9 to 5’.

Set in the late 1970s, 9 to 5 follows the working lives of three downtrodden women who are employees at Consolidated Industries, a company presided over by the sexist, lecherous, and pompous Franklin Hart (Simon Fletcher). Violet (Kristene Sutcliffe) has worked at Consolidated for many years, but has never been given the chance to rise above senior supervisor status, although she is capable of much more. Judy (Gemma Varnom) is newly separated from her cheating husband and joins the company having never worked before. Doralee (Emma Bowker) is a sexy, happily married country girl, but she is ostracized by the other female workers due to Hart’s unwanted attention. Pushed to the boiling point, the three female co-workers concoct a plan to get even with the sexist, egotistical, lying, hypocritical bigot they call their boss. In a hilarious turn of events, Violet, Judy and Doralee live out their wildest fantasy – giving their boss the boot! While Hart remains "otherwise engaged," the women give their workplace a dream makeover, taking control of the company that had always kept them down.

The DCU  welcome back Director Tony Finnegan for his fourth show with the society, following runaway success with The Producers, Jesus Christ Superstar and My Fair Lady. The society  also welcomes the immensely talented Musical Director James Cleeve and dynamic choreographer Dickie Farr.

Although originally penned in 1980 the themes of exploitation, sexism and harassment in the working environment are extremely relevant given recent events well documented in the press. The messages conveyed of female empowerment, equality and objection to exploitative behaviour although seen as progressive in 1980 still ring true today and whilst you are watching consider not only how durable the show’s entertainment value is but how troubling its durability as a polemic remains to this day. This is something we all have to combat and with the bringing into force of new equality legislation on the Isle of Man and with movements such as the #metoo campaign I hope we will see a more positive future.

Alongside its sponsorship of the DCU, DQ lends its support to many Manx sporting, cultural and charitable causes. We consider it is vitally important for local businesses to play their part in supporting the wider Manx community and improving the quality of life and breadth of opportunity here on the Isle of Man. This year, we will be using our charity collection to support Housing Matters, an Isle of Man charity providing advice, guidance and support to local families and individuals in housing crisis.

The show runs from 16-24 February and tickets can be booked by visiting www.villagaiety.com

Previous Post Religion and Belief: “Mankind is heading towards a catastrophic climate change”¦” – Protected belief?
Next Post MIRS’ role clarified following its first ever “intervention” in an employment tribunal claim