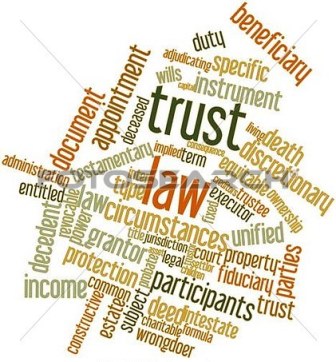 The family wealth was generated by Cristiana’s father (the husband of her mother Edoarda) prior to his death in 1980. In 1987, following her inheritance of that wealth, Edoarda settled the Grand Trust, a Bahamian law trust, with the apparent intention of passing on the family wealth by creating separate funds for each of her daughters Cristiani and Camilla (Camilla was supportive of her mother’s position through-out the proceedings) and a Bahamian company called Camillo Crociani Foundation Limited (the “Foundation”). The Grand Trust’s initial assets were the benefit of a promissory note issued by a Dutch holding company assigned by Edoarda to the Grand Trust. Further assets including a collection of artwork were subsequently settled on the Grand Trust and interest payments under the promissory note meant a significant amount of cash and investments were accumulated.

The trustees of the Grand Trust by 2009 were Edoarda, one of Edoarda’s advisors and BNP Paribas Jersey Trust Corporate Limited.

In addition to the Grand Trust, Edoarda settled a second trust called the Fortunate Trust which was established to hold a second valuable collection of art. Edoarda had significant controlling powers in relation to that trust including powers to direct distributions of income to herself and powers to revoke and amend the trust deed.

In 2010, the trustees of the Grand Trust appointed out all of the assets of the Grand Trust (except the promissory note) to the Fortunate Trust. The Royal Court held that that appointment was void in circumstances where the trustees’ power expressly stated that the trustees overriding power to appoint the trust funds to other trusts was limited to appointments “in favour or for the benefit of all or any one or more exclusively of the others or other of the beneficiaries (other than the Settlor).”

Edoarda failed to persuade the Royal Court that the Grand Trust had been created with the intention of providing benefit to Edoarda via the Foundation. The Foundation had been set up some months before the Grand Trust as a not for profit guarantee company with exclusively charitable objects.

She also failed in her attempt to argue (following an amendment to her case 2 years after commencement of the proceedings) that if the Court found that she was not able to benefit from the Grand Trust (which in the end it did) then the Grand Trust was a mistake as that had been the intention. That mistake claim failed as a result of Edoarda deliberately failing to attend Court which caused the Court to dismiss the claim.

During the proceedings, attempts were made to thwart Cristiani’s claims. In 2012, a decision was taken to appoint Appleby Trust (Mauritius) Limited (“Appleby”) as sole trustee of the Grand Trust and to change the proper law of the trust to Mauritian law. The Royal Court found that in doing this Edoarda had been acting for an ulterior motive and the appointing trustees had not been acting in the interests of the beneficiaries as a whole and the appointment was void.

In finding in favour of Cristiani, the Court has ordered inter alia that Edoarda, BNP Paribas and her advisor are removed as trustees and Edoarda and BNP Paribas must pay to the new trustee c USD 100m to reconstitute the Grand Trust; BNP Paribas is to be indemnified by Edoarda pursuant to contractual indemnities and the inherent jurisdiction of the Court; and Appleby is liable for the breaches of trust arising from the 2016 appointment of GFin and the transfer of the promissory note, such compensation to be assessed.

Whilst the case does not raise any new legal issues, it is a very interesting case in light of the extreme wealth involved and the serious family dispute that arose in respect of that wealth. It is a stark reminder for trustees, and in particular professional trustees, of the need to continually exercise independent judgment, to not be swayed by the wishes of the settlor and to act at all times in the interests of the beneficiaries as a whole.