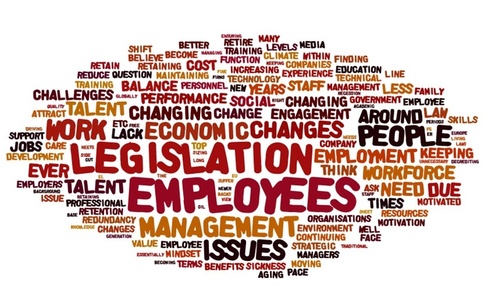 In Garamukanwa v Solent NHS Trust the England and Wales Employment Appeal Tribunal (“EAT”) held that an employee’s right to privacy under Article 8 of the European Convention on Human Rights was not engaged when an employee’s personal emails to a work colleague were investigated by his employer.

The claimant sent emails to the staff nurse and colleague at their work email addresses telling them that unless they informed their manager about the relationship he would. Anonymous letters were also sent to the manager in addition to emails sent from fictitious email accounts. The staff nurse complained to the police. Following the police confirming that no charges would be brought, the Trust investigated the matter and summarily dismissed the claimant on the grounds of gross misconduct. The Trust relied upon the fact that there had been photographs on the claimant’s iPhone of the staff nurse’s home address and also a photograph of a notebook containing details of the email addresses from which the malicious emails had been sent.

The claimant pursued a claim for unfair dismissal where he argued that the emails and other material he sent, together with the photographs were entirely private and personal.

At first hearing, the Employment Tribunal (the “Tribunal”) had held that Article 8 does extend to protect private correspondence and communications including potentially emails sent at work where there is a reasonable expectation of privacy. However, whether or not there is an expectation of privacy in an individual case must depend upon the facts and circumstances of the case.

Whilst the Trust’s investigation concerned a personal relationship with a work colleague, the matters had been brought into the workplace by the claimant and were introduced into the workplace as giving rise to work related issues. The emails were published to colleagues at work email addresses, they had adverse consequences for other employees in respect of whom the Trust owed a duty of care and they raised issues of concern for the Trust’s own relationship with the claimant.  Upon appeal, the EAT held that the Tribunal was correct not to distinguish between the private material (emails sent to private email addresses and the photographs obtained from the claimant’s iPhone) and the anonymous emails sent to work email addresses.

Further, the EAT held that from the date that the staff nurse had complained about the email from the claimant, the claimant cannot have had any further expectation of privacy even in circumstances where it was sent to her private email address. There must have been an expectation that she could complain of harassment and he had no control over when and where she complained or what she did with those emails. In any event, the content of those emails went beyond issues of the claimant’s personal feelings towards her and addressed workplace issues.

Accordingly, the EAT found that the Tribunal had been entitled to conclude that Article 8 was not engaged as the claimant cannot have had a reasonable expectation of privacy in those circumstances.

In the absence of local authority on a point of law, the Isle of Man Employment Tribunal has confirmed that “in an endeavour to be consistent”, it will often accept as persuasive authority decisions from the EAT. This case is therefore an important and timely reminder for employees, whilst acting as helpful guidance for employers, in a world where social media, email and internet use are an everyday occurrence in the workplace for both business and personal needs.

However employers should take care in relying too heavily on this case. The evidence relied upon by the Trust had been provided by the police; they had not gone looking for the evidence. Cases like these will always be fact sensitive with employers needing to carefully tread the blurred line between their own interests and employees’ right to privacy.

In order to minimise difficulties where disciplinary action is required, employers should ensure they have clear policies relating to the use of social media and the internet and ensure that the same is well communicated throughout the business.

If you require any advice or assistance on this or other areas of employment law, please contact Leanne McKeown or Tara Cubbon in our specialist employment team.